Bikes is a photographic approach which had its origins in the early 1980s, on the occasion of a report on Amsterdam, and which was then continued in China, France and worldwide. From the first pictures and throughout this journey, the standpoint is to consider the bikes themselves, as graphic subjects, expressive of a cultural, economic and social reality, specific to the context in which they are caught.

This work has resulted in several exhibitions in black and white, in the years 1980 and 1990. Later, other pictures, both black and white and colour, have extended this trip around the world.

Other exhibitions also followed, as well as a book published in 2018.

But today, the bicycle conquers again the top of the pavement and the subject does not cease being enriched ...

Each of these photos tells its own story following the imagination of whoever looks at it.
In the slideshow below, I give you a few, according to my own inspiration, written at the request of students of Paris - Science Po as they organized an exhibition of my photos. 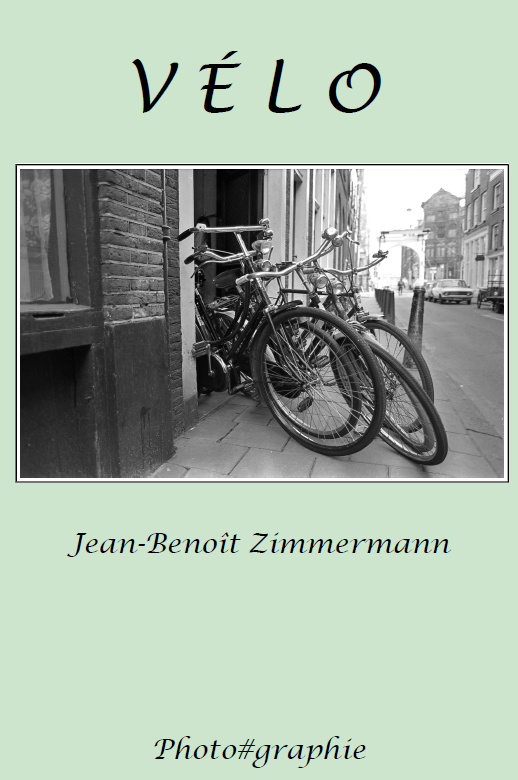